On Saturday the 13th April the Friends of Centurion Way staged an Easter egg hunt in parallel with a name the bunny competition. Both young participants in the photograph won chocolate eggs and correctly picked the bunnies name. There were also beautifully iced cup cakes available for hungry path users and many cowslips were sold at only 50p each. 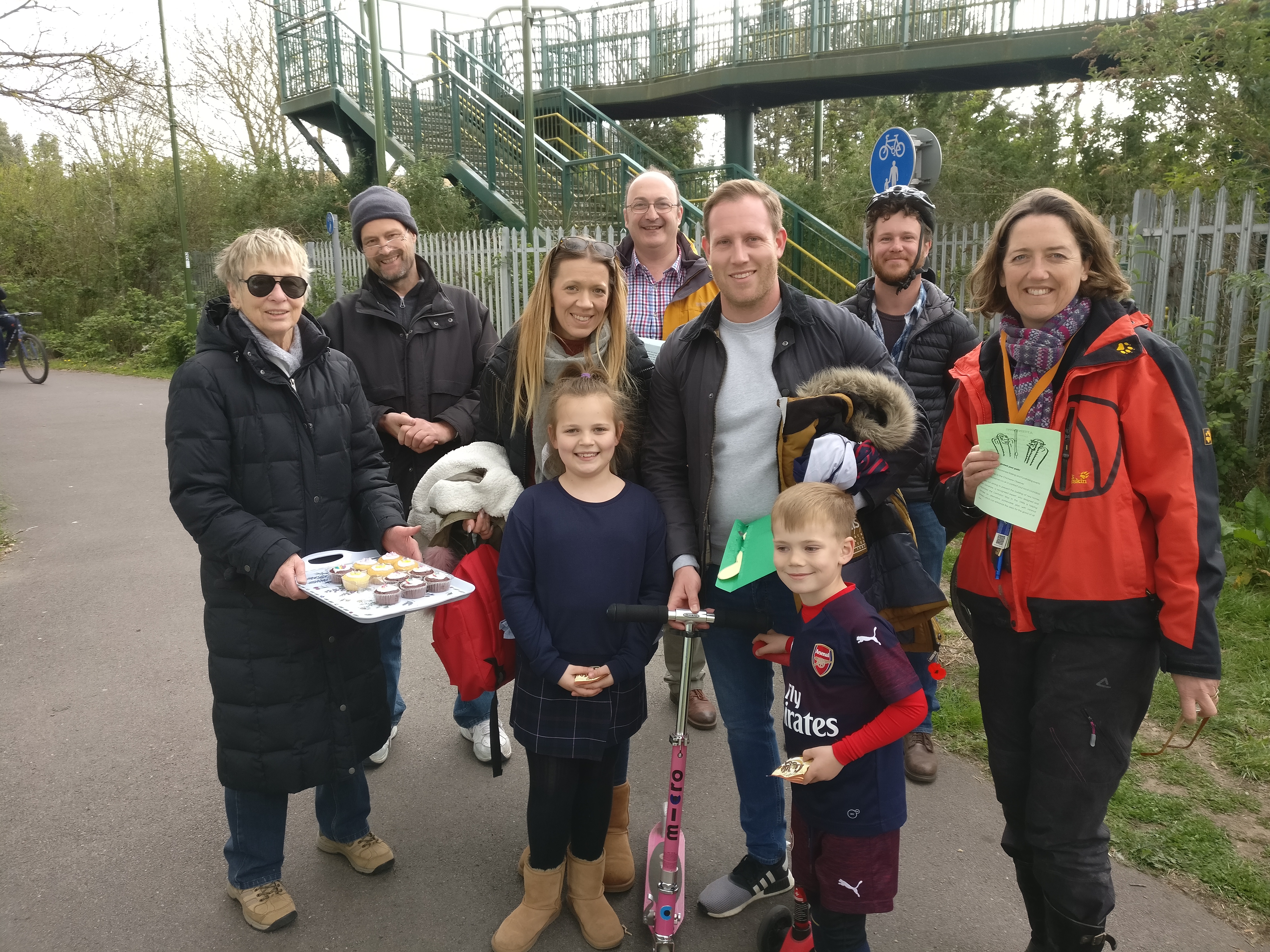 Many passing individuals, groups and families were unaware of the looming threat to the path. This lack of public awareness came as surprise to our group since we have been vigorously campaigning for eighteen months hoping to draw maximum attention to the issues.
Our group has seen draft plans showing the removal of the entire section of Centurion Way that runs adjacent with Bishop Luffa school. These plans indicate that whole section of path will be re-routed elsewhere. The Friends of Centurion Way wish to see minimum disturbance to the paths existing route and we are eager to ensure both developers and planners adequately consult residents to ensure the maintained high quality and convenience of Centurion Way path. The 1600 home Whitehouse Farm development is destined to be the largest ever in Chichester’s history. The developers have pledged to open a new southern access road by occupation of the 225th home – and even earlier for construction traffic. It is this access road that threatens the future of Centurion Way and since the ground is already broken for construction of the new homes, it cannot be long before construction of the access road must begin.

Despite grave concerns for the future of the path, our group still see room for optimism. Many of us attended the recent 5th April County Council meeting and heard the motion on Climate Change being debated. Reducing local carbon dioxide emissions was stated as being of highest priority with particular attention being drawn to the importance of promoting and enabling walking and cycling.

Jamie Fitzjohn (Chichester South) overcame his issue with the term “humans have caused climate change” after speaking of the influence of subterranean rivers of molten iron. He concluded that humans do indeed have a climatic impact and compromised on the term to then support the motion.

Mark Record (on behalf of the friends of Centurion Way)