Unfortunately the FoCW counter has been rendered inoperable with spray paint!

Paint has been sprayed into the optical windows of the counter making the lenses and sensors within the equipment opaque. This leaves the counter unable to sense pedestrians or cyclists on the path.

Scratching the paint with my thumbnail revealed it can be removed with mild abrasion. 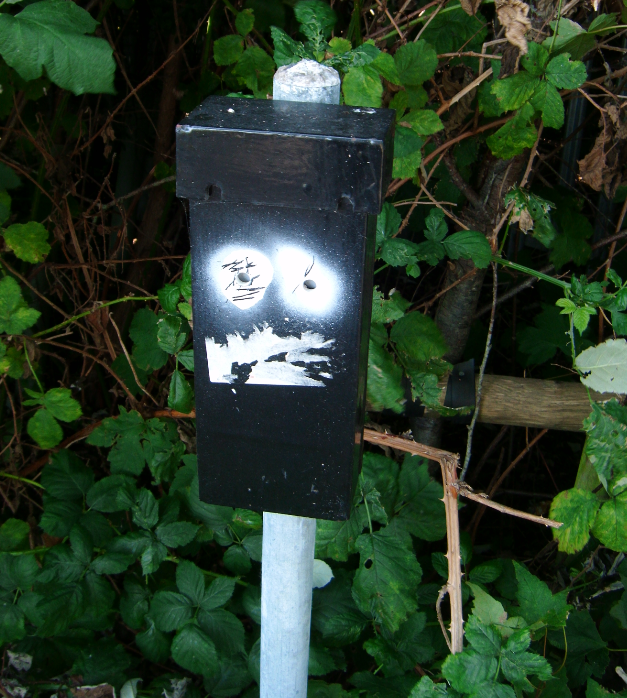 The time paint was sprayed into the counter (10:29 Am Wed 25th Aug 2021) coincides with the time surveying work was seen to take place on Westgate and Centurion Way. On Wednesday I noticed several people using cable detectors and placing spray paint marks onto sections of Westgate. Westgate Resident Julia Smith has confirmed she saw the survey team operating at 10:20 Am on Wednesday. This will have been only 9 minutes before the paint was sprayed into the counter.

Paint markings presumably indicate where cables run under ground and these marking go past the front of the counter. 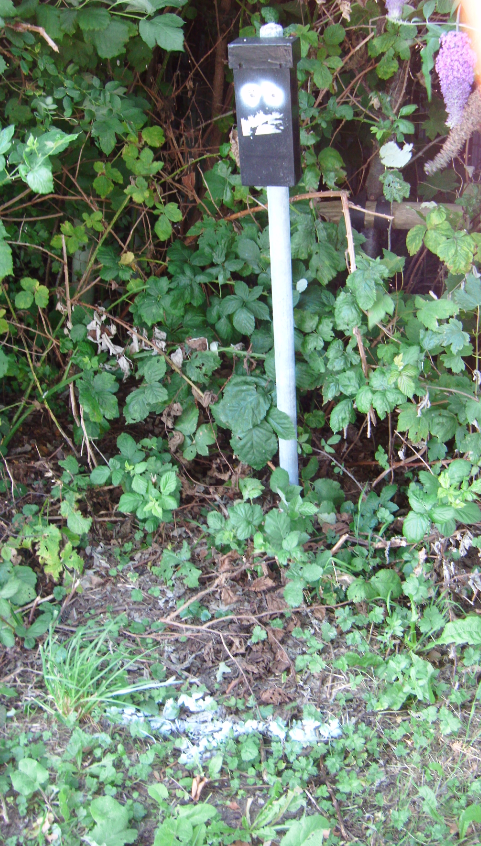 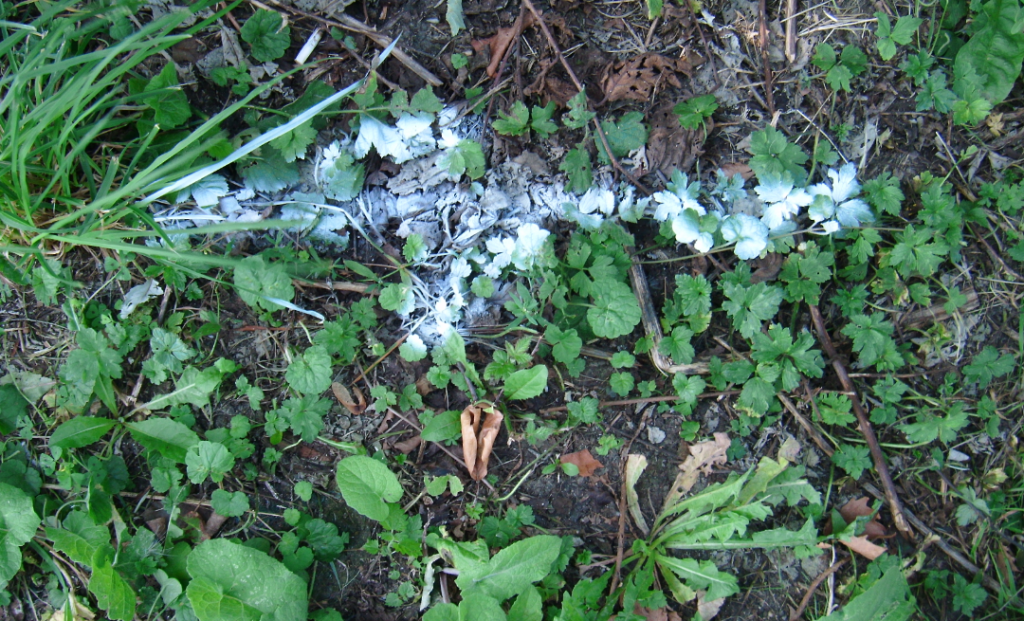 It is not yet clear who is responsible for the survey or why they felt they should render the FoCW counter inoperable by spraying  marker paint inside its works? 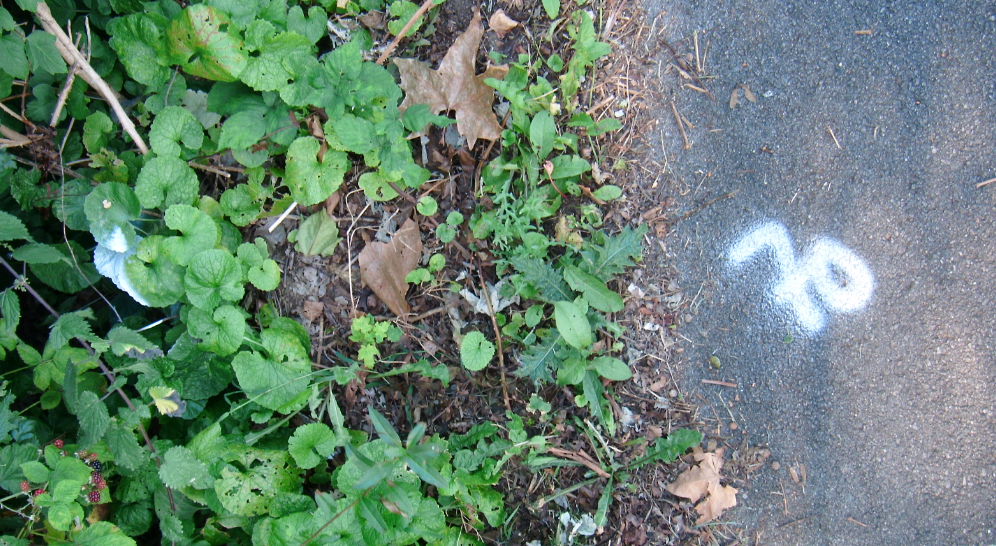 Paint markings were sprayed on vegetation and the earth and these presumably mark cable runs. Numbers adjacent to the markings presumably indicate the estimated depth of the cable runs. 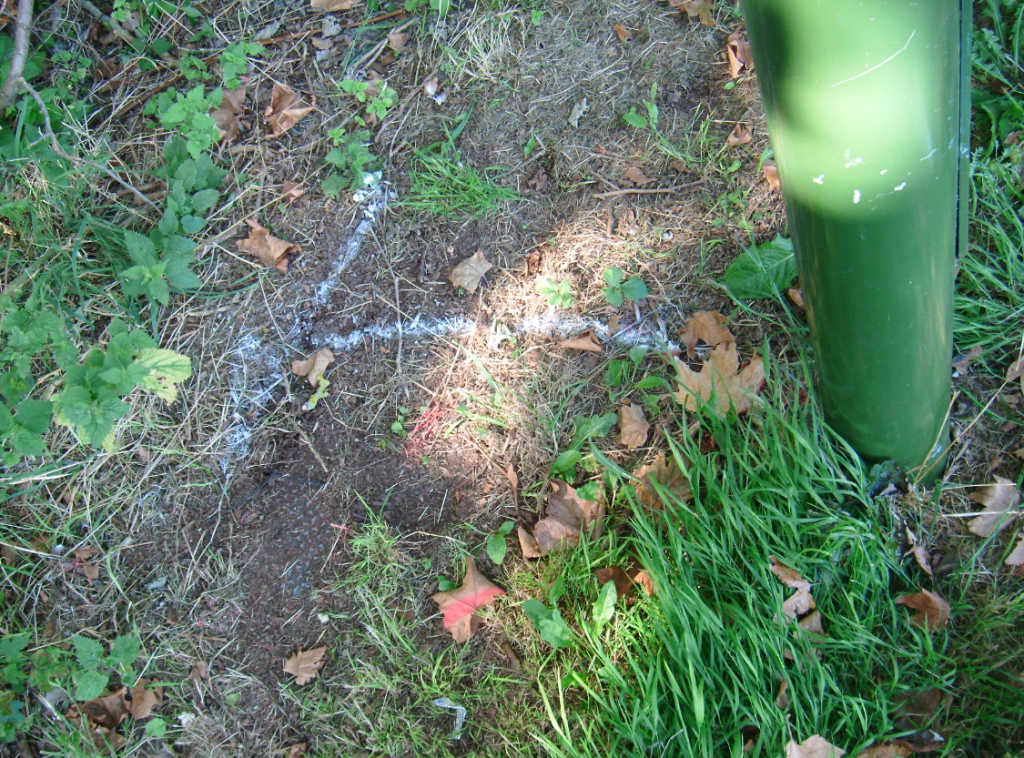 A lamp post close to the counter has spray makings at its base, presumably indicating the cables may have something to with the lighting.

Similar paint has been applied to a section of Westgate with many arrows apparently indicating where cables are run beneath the pavement. 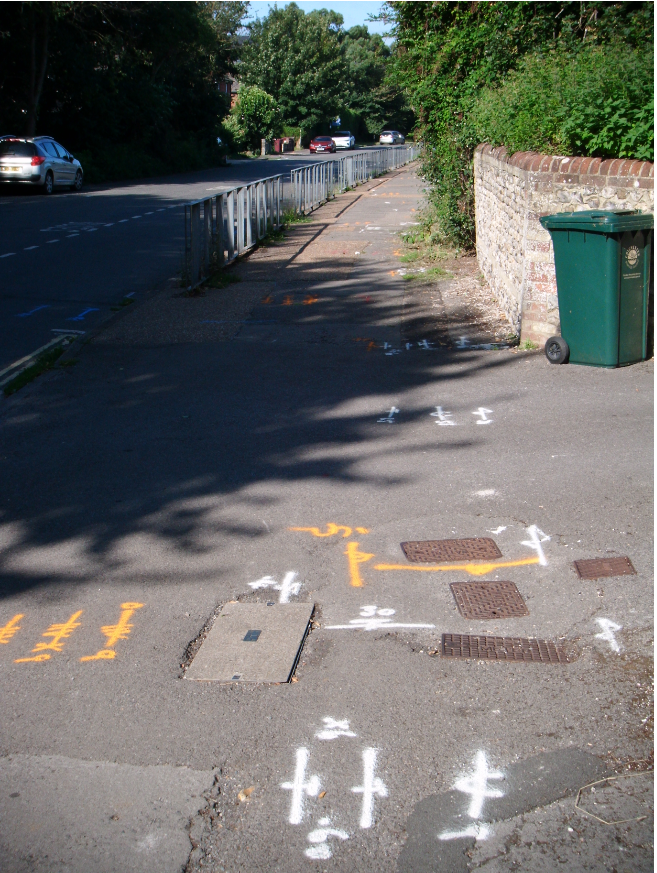 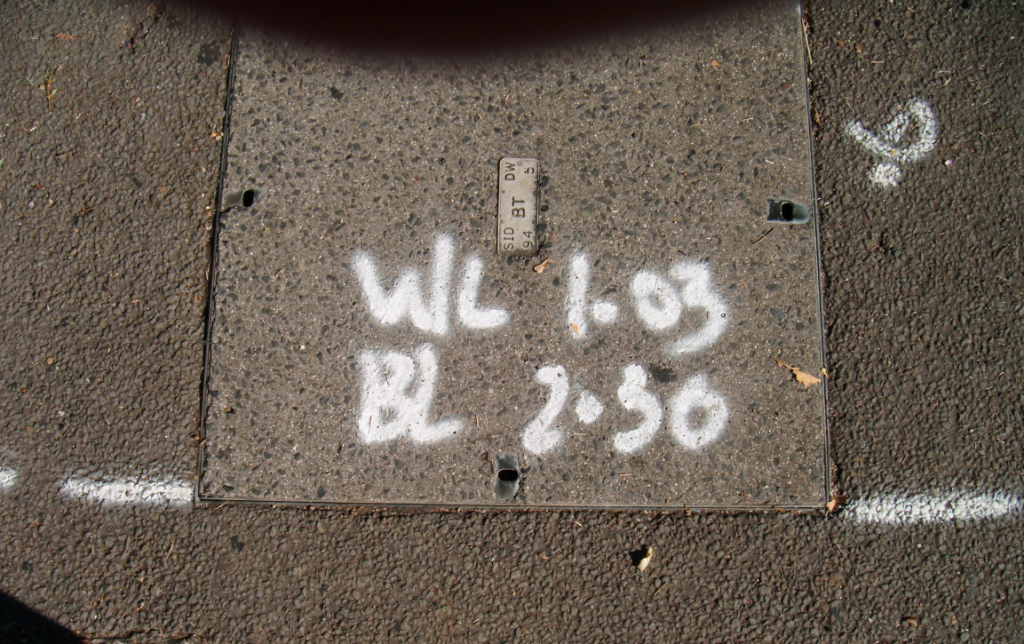 We have now collected samples of the paint in case there is any dispute over it being identical to the marker paint used by surveyors to mark cable runs. The video link below shows the paint being collected from the counter and shows that it it can be scraped off reasonably easily with a fingernail. This helps to demonstrate that it is road marker paint rather than from a can of cellulose spray that used for graffiti.

Paint samples from the counter were scraped off with a Stanley knife blade and collected in bag B. 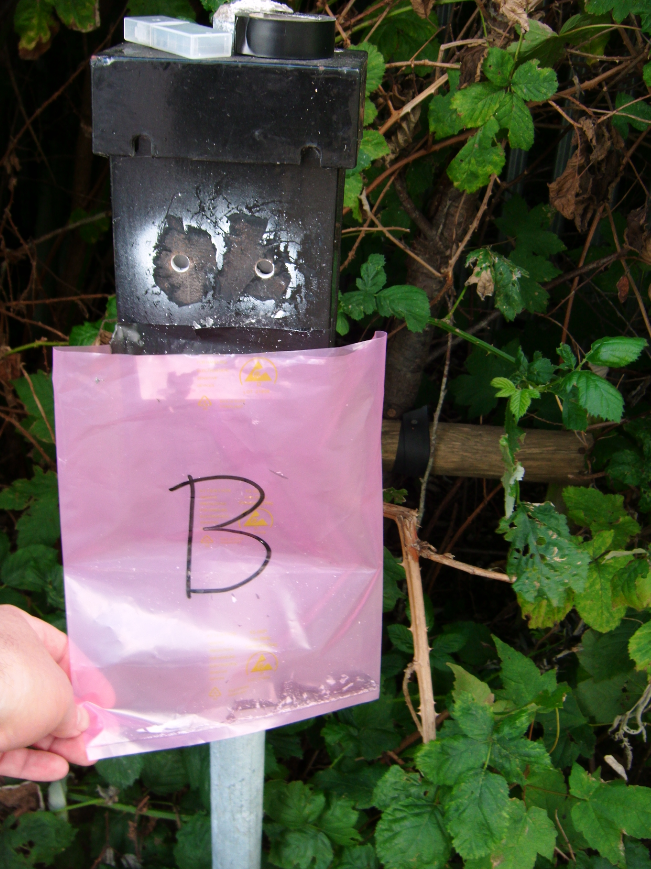 Bramble leaves with maker paint from around the lamp posts were collected in bag A. 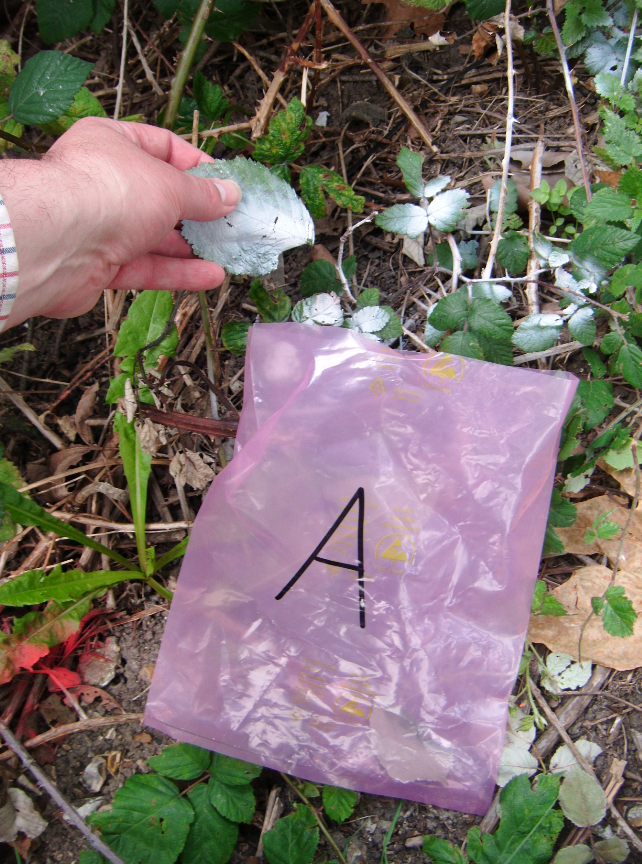 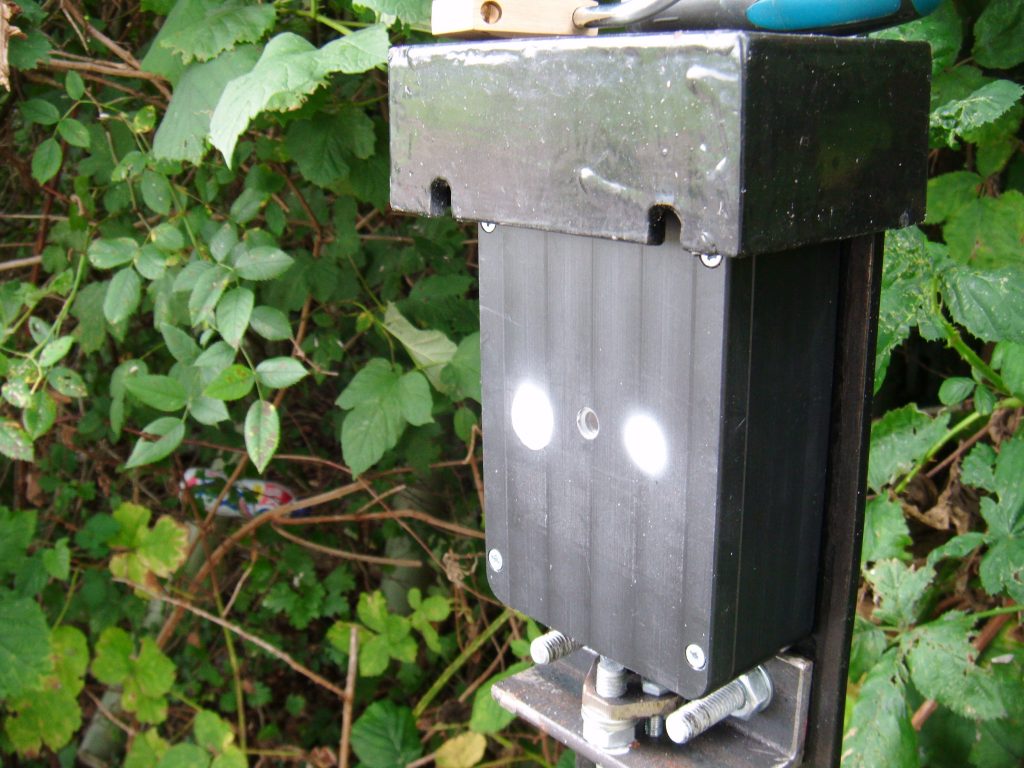 The counter recorded the time when both IR beams were broken by the spraying survey marker paint into the counter. The data stream giving the time of interruption is shown below. 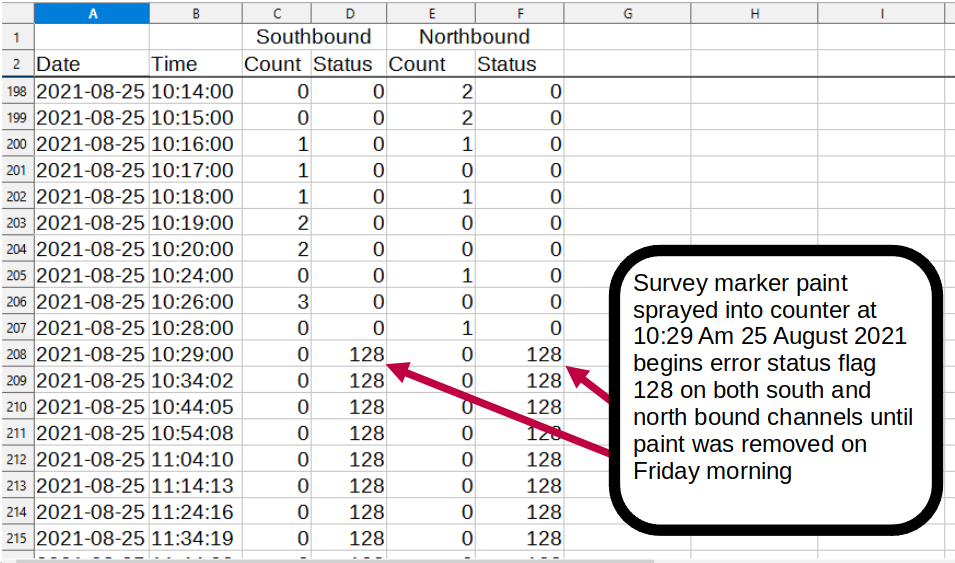