On Sunday the 14th July the Friends of Centurion Way staged a Chichester Summer Festival family circular walk including an interactive quiz. The items of interest highlighted along the circular walk reflect the history, nature and wildlife surrounding this much loved shared cycleway and footpath. 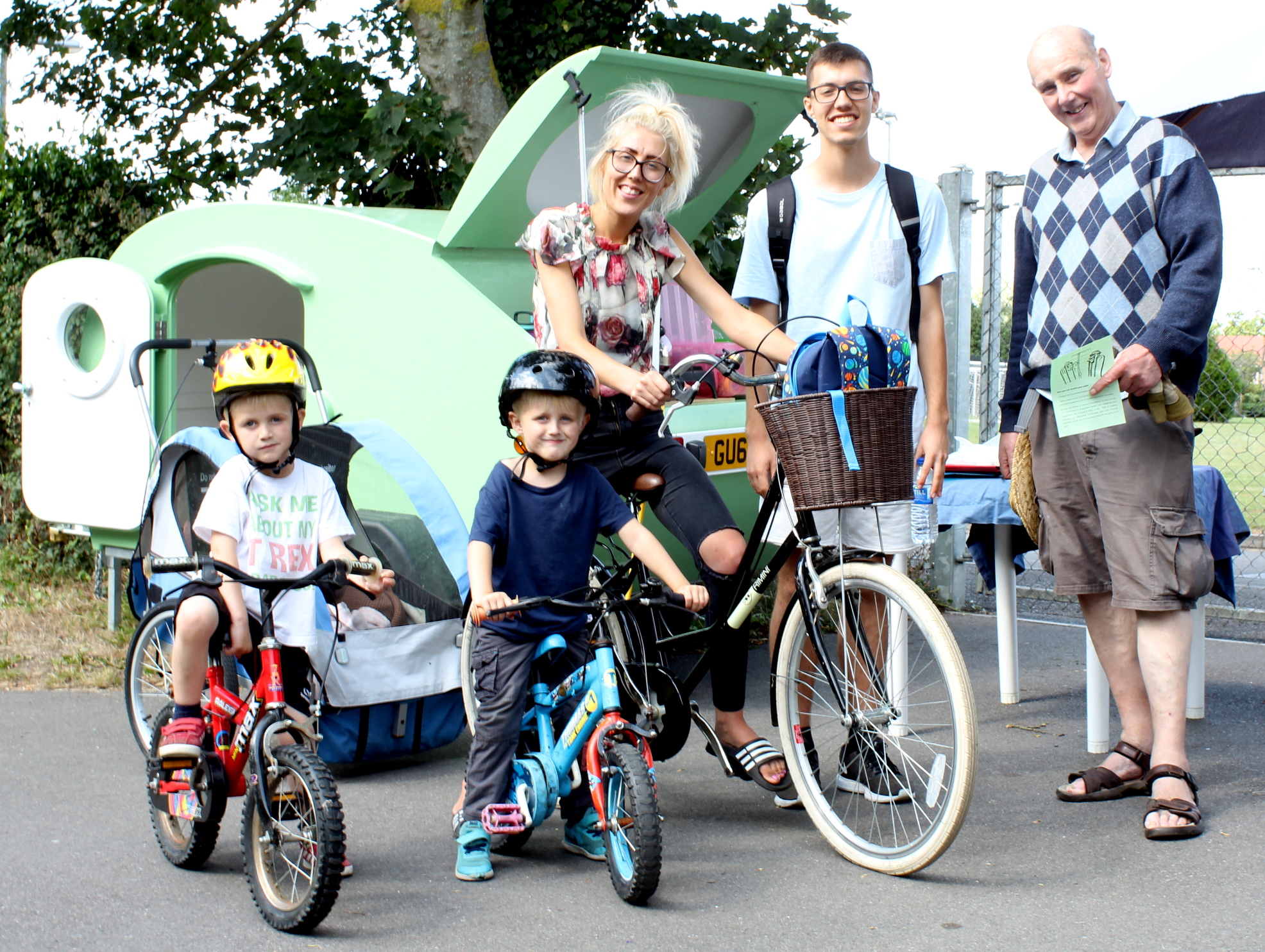 The circular walk raised awareness of: Sculptures created by Richard Farrington with assistance of the children from Bishops Luffa school; Fruit trees that offer a juicy snack for anyone using the path; Vital habitats for nocturnal bats; A route along Hook Dyke which may have once been a Roman road; Shy slow-worms that live along the path; Rare chalk stream environment important to wildlife; Remnants of the Chichester to Midhurst railway line telegraph system; How to calculate the age of mature oak trees.

As well as offering a fun family quiz the Friends on Centurion Way spoke to many people about impending threats to the path posed by local development. Linden and Miller Homes intend constructing 1600 new dwellings to the immediate west of Centurion Way. Unfortunately, there remains a lack of clarity about the current plans for building the Southern Access Road which seems certain to impact upon the existing route of Centurion Way.

If ever built, the Southern Access Road will likely carry the majority of motor vehicle traffic from the new West of Chichester development. Chichester District Planing authorities previously negotiated with the housing developers to ensure that a Southern Access Road should carry construction traffic from around the delivery of the 120/125th dwelling. Early draft plans seen by the FOCW showed disappointingly poor provision for walking and cycling and also fail to meet Department for Transport guidelines.

Linden and Miller representatives have explained that they would prefer not to publicly reveal their current Southern Access Road plans as this might damage their ongoing commercial negotiations. However, our group have recently discussed planing matters with Bishop Luffa school. The school appear unaware of new negotiations taking place regarding the Southern Access Road, which seems strange considering the new road is likely run through the existing school land. Perhaps the revised plans present a radical departure from previous drawings with the new Southern Access Road joining at Clay Lane?

Whatever new transport infrastructure plans are put forward, the Friends of Centurion Way aim to ensure that our local pedestrian and cycle ways are preserved and enhanced, allowing new and existing path users to enjoy safe, confident and convenient walking and cycling in the future.

Mark Record (on behalf of the friends of centurion way)