Friends of Centurion Way have campaigned since October 2017 to retain existing good quality walking and cycling facilities on the western side of Chichester.

The initial 2017 Southern Access Road (SAR) proposals involved the removal of the southern end of Centurion Way with cyclists being relocated in both directions onto an unsuitable shared use pavement passing through multiple school bus stops. The proposed shared pavement also included a difficult to negotiate crossing of the northern arm of a new roundabout at Bishop Luffa School. It was planned that people travelling between Chichester and Fishbourne would have to make a lengthy detour to the north to reach a shared pedestrian/cycle SAR crossing and then double back on themselves back past the opposite side of the new Bishop Luffa roundabout to reach the footbridge. This diversion would increase these walking and cycling journeys by just over 276 metres going in either direction! A ChiCycle article detailed these issues here.

The initial poor quality draft plans for the (SAR) appeared to have been rejected by our local planing authorities but this has left the Friends of Centurion Way campaign in a strange limbo situation ever since. For four years Linden Miller have flatly refused to discuss their plans for the SAR claiming that disclosure might compromise commercial negotiations. Finally in late June 2021 we are about to find out what is planned for the SAR that should already be opened to construction traffic if Planning Performance Agreements had been adhered to. Linden Miller are only now readying themselves to disclose the new plans to residents and the wider local community.

Local planing authorities and Linden Miller originally agreed a time table (Planning Performance Agreement) for the development where the SAR would be opened for construction traffic by the completion of the 125th dwelling. This was reported by the Chichester Observer in an article Southern access delay fears at Whitehouse Farm (31st July 2017). It can also be viewed as an informative statement within the Phase 1 outline planning agreement on page 14. It states:

Our fear is that the new SAR proposal will look similar to the original draft plan illustrated below. 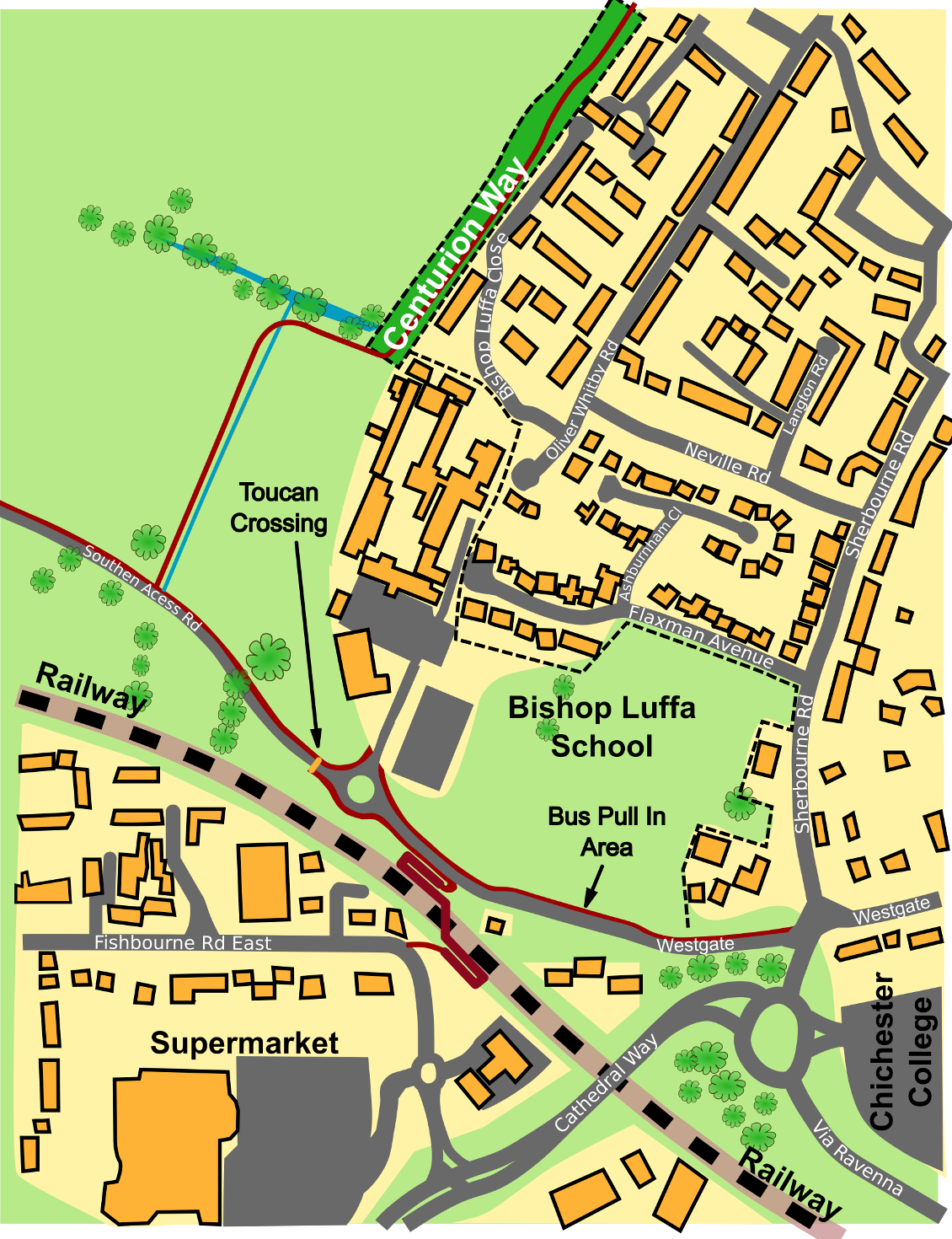